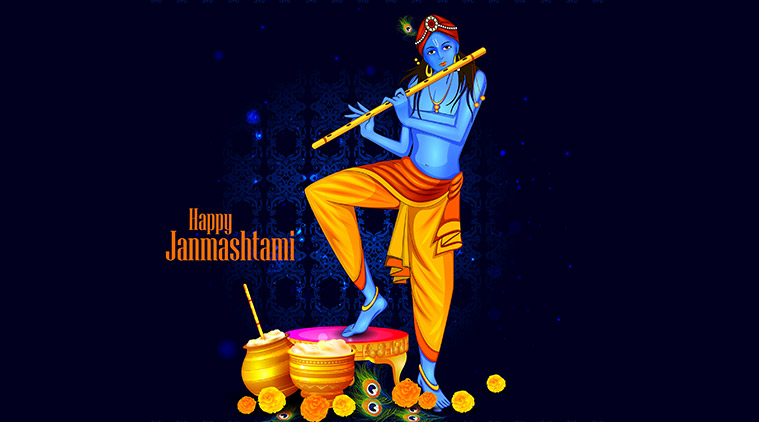 Festivals and celebrations are synonymous with India. And Janmashtami is one such festival that is celebrated in a large scale with much enthusiasm, fun and gaiety because on this day, Lord Krishna, the eight reincarnation of Vishnu, appeared on the earth.

Krishna is known by many other names, such as, Govinda, Vasudeva, Mukunda, Madhusudhana.

Krishna was born to Devaki and Vasudeva in Gokul, on the eight day of the Krishna Paksh(Lunar month) in the month of Shrawan. This year Janmashtami falls on 2nd September.

Vishnu took birth as Krishna to free the world from evils and to guide people to the path of Dharma or righteousness. Lord Krishna’s life and his mayas or miracles are important elements in the epic Mahabharatha. He is the Lord who narrated Bhagavat Gita, the Hindu holy text preaching Dharma. In Bhagavad Gita, the lord says ‘whenever there is predominance of evil and decline of righteousness, I’ll incarnate to destroy them and to re-establish Dharma in the world’. Hence Janmashtami or Krishna Jayanti symbolises restoring the goodness. It is celebrated to encourage the goodwill and to bring people together, signifying unity and faith.

In Mathura and Brindavan, the temples come alive with ‘jagarans’(Night Vigil) and dance and drama events, specially based on Krishna’s childhood pranks and love affairs With Radha.

In Maharashtra, specially Mumbai and Pune, and Dwarka in Gujarat, the festival is celebrated on a large social scale, by the traditional breaking of the ‘Dahi Handi’(pot with freshly churned butter).