HomeBlogAstrologyShrapit Dosha – Its Effects and Remedies 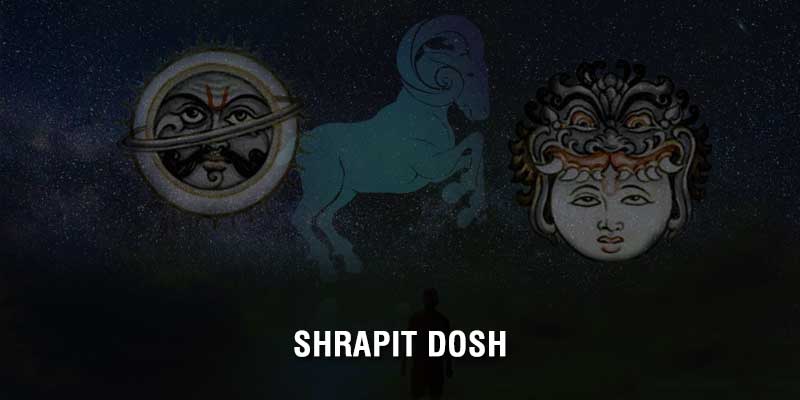 Shrapit Dosha is a negative influence present in your horoscope. According to the famous astrologer in Kolkata,This Dosha can cause many harmful effects in your life. However, there are remedial measures you can take to reduce its effects.

Shrapit Dosh Meaning and Its Impact :

Every jatak or Kundli has many different facets. Some of these may cause good effects in your life, while others might have a negative influence. A Dosha is a feature in your Kundli that causes bad effects.

What is the Shrapit Dosha?

The Shrapit Dosha usually occurs when the planets Shani and Rahu are present in the same house in your horoscope. It can also be caused when Shani resides in a house from where he can aspect the house of Rahu. This Dosha occurs because of bad deeds done in past lives. Shrapit means “cursed”. So a curse acquired in a past life may also result in Shrapit Dosha. 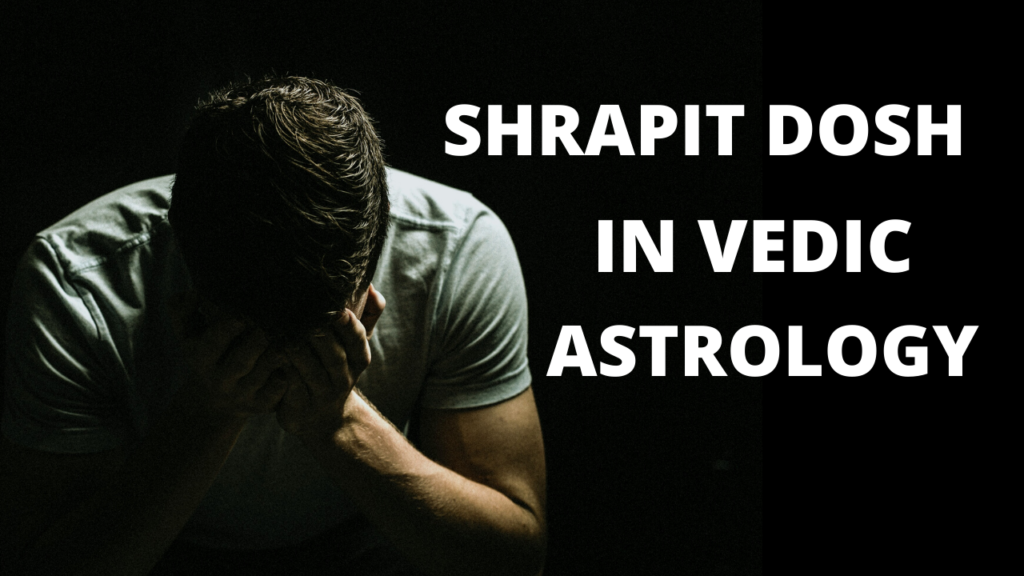 Shani and Rahu are two of the Navagrahas or nine planets in Hindu astrology.

Shanaishchara, commonly known as Shani, is the son of Surya and Chaya Devi. The word Shanishchara means “one who moves slowly”.

Shani is the planet Saturn. The ancient Hindu astrologers made a pretty accurate calculation of the period of Saturn’s Sidereal Revolution –  10,765 days, just a few days off from the modern calculation of 10, 758 days.

Shani is a male deity with a sword or stick (Danda) in his hand. His vehicle is the crow.

While seven of the navagrahas are physical celestial objects, two are not. Rahu and Ketu are shadow planets or Chaya Grahas. An asura called Swarbhanu posed as a Deva and consumed the Amrita being distributed by Mohini. However, Surya and Chandra identified him as an asura and pointed it out to Mohini who severed his head with the Sudarshan chakra. However, as he had consumed the Amritha, the head and body became immortal entities. The head became Rahu and the tail became Ketu.

Rahu and Ketu became shadow planets and were given the ability to influence the lives of people through their presence in the natal chart. In common belief, it is stated that eclipses are caused by  Rahu and Ketu swallowing the Sun and the Moon periodically, in an everlasting feud as these two betrayed them to Mohini.

In Hindu astronomy, Rahu and Ketu actually symbolise the north lunar node and south lunar node respectively, coinciding with the intersection points of the sun and the moon as they travel around the celestial sphere. Eclipses occur on these points.

When Shani and Rahu Come Together

Through the eyes of the famous astrologer in India,When Shani and Rahu come together in one house in the horoscope, or when Shani is able to directly affect Rahu’s house, conflicts arise. This is because Shani and Rahu are polar opposites in many ways. Shani is seen as the Lord of Justice among the planets. He lives within rules and limits. Rahu, on the other hand, is a rule-breaker, he wants to test the limits at all times.

The Effects of Shrapit Dosha

As there is an intrinsic conflict of viewpoints between these planets, Shrapit Dosha also results in conflicts and disagreements, among other effects: 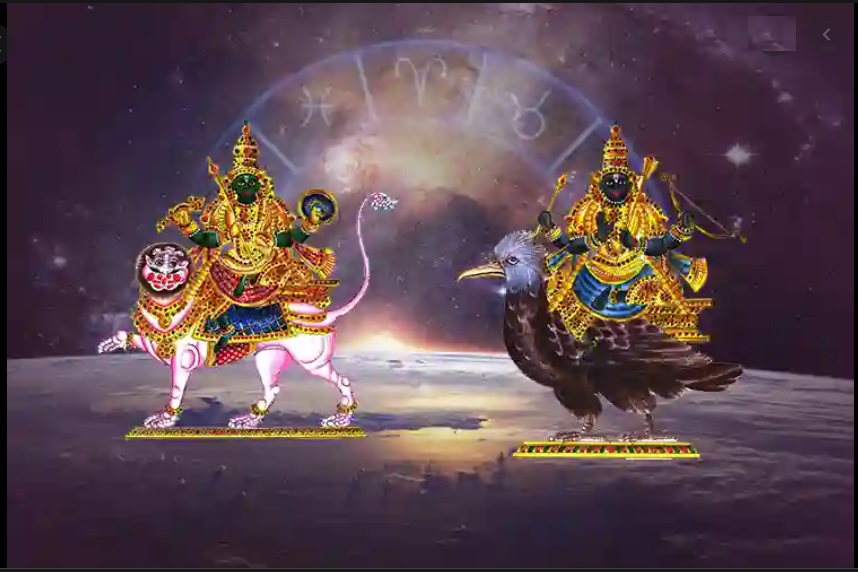 4.Conflict between a married couple, frequent quarrels and disagreements.

4.Could lead to divorce.

5.Possibility of death of a spouse.

6.Difficulty in conceiving and having a child, frequent miscarriages.

7.Problems with the health of children.

8.Education and career growth of the native might also be affected.