HomeBlogAstrologyThe Lunar Eclipses and Their Impact on Human Life

Apart from that, it also nourishes the entire flora and fauna on earth with its soothing light. The effect of the moon on the earth could never be overlooked. On one hand it is believed as the symbol of beauty and creativity and on the other hand, it has subtle effects on the appearance and beauty of individuals. Since time immemorial, the planet moon has been the subject and source of inspiration for many poets and also it has the ability to enrich the creativity and curiosity of all beings.

Many writers and poets keep on expressing the beauty of months the or moonlight in their poems. If we are to implement someone for their beauty, we immediately compliment them with a name or quality related to the moon. Apart from this, we see that there are many such flowers on earth which release mesmerizing fragrance after getting stimulated by the soothing moon rays only during the night time. Similarly, the moon also nourishes the minds of a human being with its rays and energies. Based on moon’s impact on human nature, beauty, and behavior, many books have been written since time immemorial which are based on various aspects of the moon. Finally, we understand that a lunar eclipse is an astronomical event that has an effect on the moon and thus it has a direct impact on humans as well. Lunar eclipses do certainly have an impact on every human being. 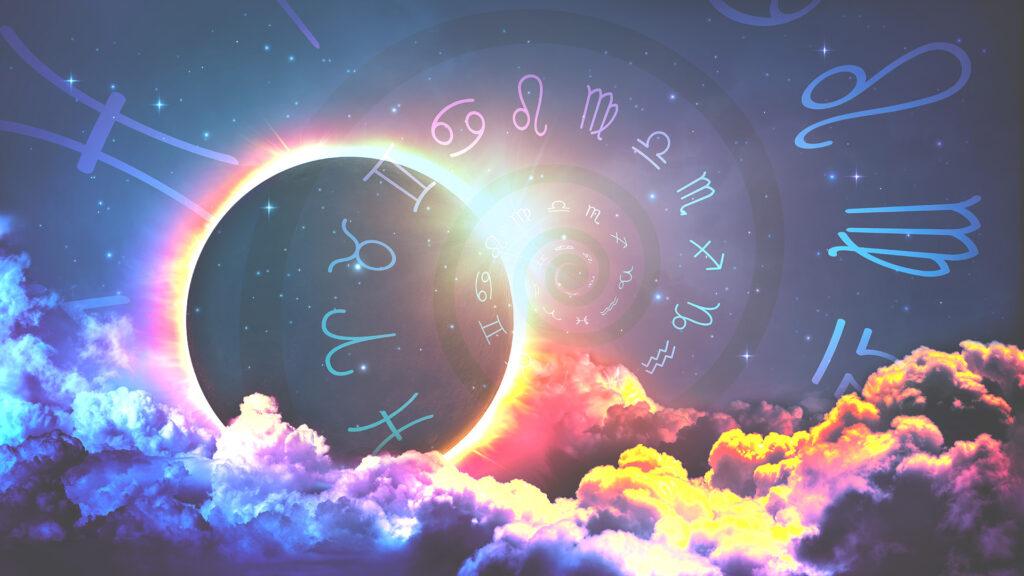 We see in the ancient scriptures like vedas and puranas talk of celestial events like eclipses in different places. Even the modern astronomy and astrology have endorsed the fact that eclipses do have a definitive impact on the earth and its beings. If we look at the rig veda, we come to know that seers like atri had already acquired the knowledge of eclipses and it was thus mentioned in the rig veda. Even ancient scriptures like matsya purana talk of solar and lunar eclipses.

During the eclipse, there is an ancient tradition of taking bath in sacred waters, doing charity, and chanting holy mantras as per one’s capacity. There is a detailed explanation of various acts to be done during the eclipse and the things that should be avoided by men, women, children, and patients, etc. It is explained that children and people with health issues are exempt from some of the rules. While healthy men and women should avoid consuming food, water, et,c and also avoid activities like intercourse during the eclipse.

Is something on the mind to share with us? Talk to an astrologer on the phone and know the best answers to your life’s various problems.

This is because it will help the individual to reduce the malefic effect of the eclipse on his life and he avoids diseases, miseries, and difficulties arising from the negative effects of the eclipse. To avoid the negative effects of lunar eclipse one must chant the mantras of the moon such as “om shraam shreem shraum saha chandramase namaha” and do donations and charities to one’s capability. The “yutaka” period starts from about 9 hours before the beginning of the eclipse hence one should try to abstain from consuming food or liquids as much as possible.

To prevent liquid and solid eatables from absorbing the negative energies of the moon, few strands of kusha grass could be kept in them or some drops of ganga jal could be added for the same. This will protect the items from getting polluted. As per the puranic legend, when lord vishnu was distributing the divine nectar to the devas and demons, one demon named swarabhanu (rahu) joined the group of devatas under disguise and started drinking the divine ambrosia. Lord chandra witnessed this and hinted this to lord hari who for the sake of humanity cut the body of the demon into two with his sudarshana chakra. His head and body were separated into two. Because of this reason, it is believed that rahu always troubles the moon with eclipse as an act of revenge. Looking for guidance and solutions, get your personalized horoscope reading report from pavitra jyotish.

The effect of the upcoming lunar eclipse on india:

Though the positive and negative effects of eclipse vary from one zodiac to another, the upcoming penumbral lunar eclipse on 10/11th of february 2017 will be very fractional and hence its effect on the indian subcontinent will be almost negligible. Because of this reason, we are not elaborating on the effects of this eclipse on various zodiacs.

As per most of the authentic scriptures on vedic astrology also, penumbral eclipses are not considered equal to complete or partial eclipses. The reason behind the less importance of penumbral eclipses lies in the fact that the shadow of eclipse does not fall on earth during the penumbral eclipses. Unlike the other eclipses, only the astronomical changes could be witnessed on the umbra of the moon as a mild hue. The eclipse on 10-11 february, during the junction of friday and saturday, will technically have no significance from the religious point of view or predictive astrology.

However, for your information some of the facts about this eclipse are given below: