The Role of Venus In Relationships

HomeBlogAstrologyThe Role of Venus In Relationships

The Role of Venus In Relationships 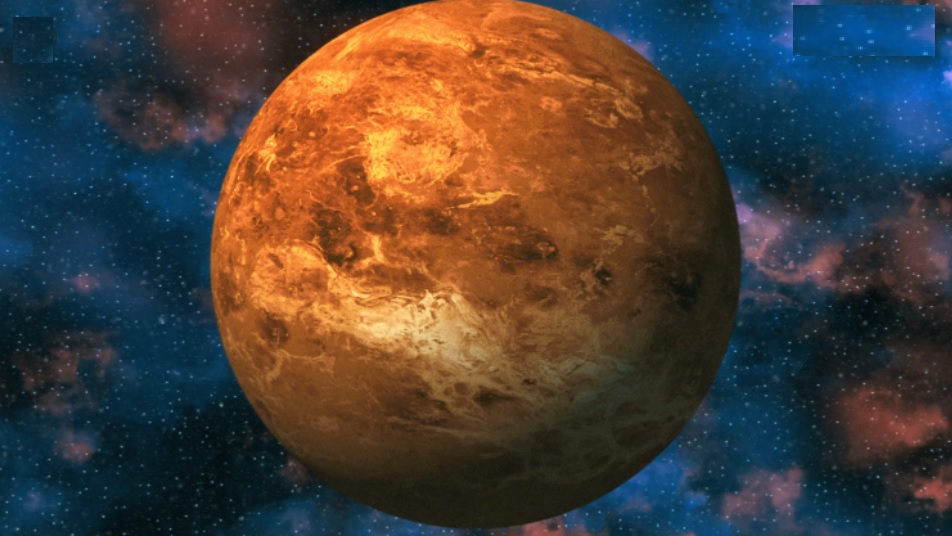 Venus is the planet of love and luxury in most astrological systems. While Venus is depicted as a lady in Western astrology, Venus in India is Shukracharya, a guru. In contrast to Brihaspati, who is the guru of the Devas or gods, he is the guru of the demons or Asuras.

Lord Shiva blessed him with the knowledge of Sanjivini Vidya by which he can raise the dead. Shiva also blessed Venus as the best of the planets and that Venus rising in the sky would be an auspicious beginning to rituals. 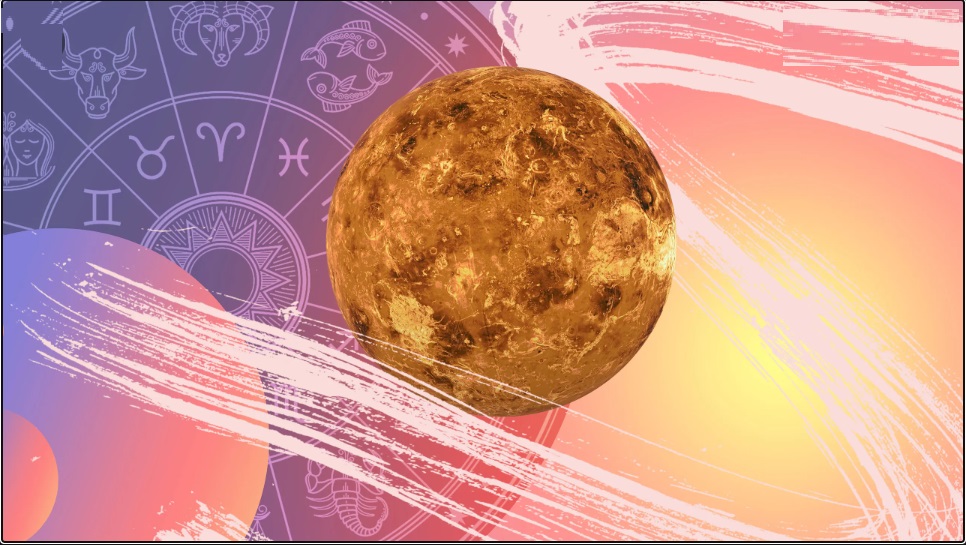 Venus is the planet that influences how we interact in relationships and how we express ourselves. Venus is the planet that represents desire the most. This is our inborn desire with regards to what we want in a partner, how we behave as partners and what attracts us. It does not really describe our partner but instead describes our wants and our behaviours in romantic partnerships. It influences how you fall in love and how you behave when you do. Venus governs the bedroom and sexual activities.

Venus is exalted in Pisces, the sign ruled by his archrival Jupiter. While Venus is the guru of the Asuras and Jupiter is the guru of the Devas, one could be perplexed as to why Venus is exalted in that house. This is because Venus’s most beautiful aspects are when she expresses heavenly love. All of Venus’ devotion and passion is channelled into unconditional and spiritual love in Pisces. It develops into a love that transcends earthly possessions.

In Virgo, Venus is weakened. It’s not the end of the world if you get the job. It doesn’t necessarily imply that you’ll have a lousy love life or a bad spouse. When a planet is crippled, it shows that there is a lack of understanding of the planet’s significance. A companion who is unconditionally affectionate is ideal. Venus in Virgo pays close attention to the finer points of life. This may cause you to be a nitpicker in your relationships. In the worst-case scenario, it leads to frequent fault-finding, which is not appealing. Practicality and romance do not often combine well, thus this is bound to be a deal-breaker in partnerships.

According to the famous astrologer in Kolkata, The inability of the person to actually be fully aware of Venus related issues might come across as a person who is either ungrateful or insensitive. If the supporting planets are not well placed and there are other weaknesses in the horoscope the relationship and wealth-related problems might be worse.

When a planet gets too close to the Sun, it combusts. Venus is extremely near to the Sun from an astronomical standpoint. When the space between them is reduced to less than 10 degrees, combustion occurs. From an astronomical standpoint, the Sun’s brilliance obscures Venus at this moment. Venus is obscured by the Sun’s radiance. The Sun represents the ego, and when Venus is combust, it means the person’s ego is interfering with their ability to enjoy relationships. It makes it difficult for the native to strike an agreement with his or her partner. Even comments and gratitude do not make the person feel appreciated and loved since the Sun is in the way.

Most remedies for Venus recommend the worship of Goddess Shakti or Durga. Since Friday is the day ruled by Venus, remedies are better performed on the day. Fasting on Friday is a good remedy. Some people also recommend the donation of items that Venus signifies to women on Fridays.

Venus in the first house gives the person the qualities of being attractive and charming. The person also has a great appreciation for Venus ruled things. The person is well-liked by women. 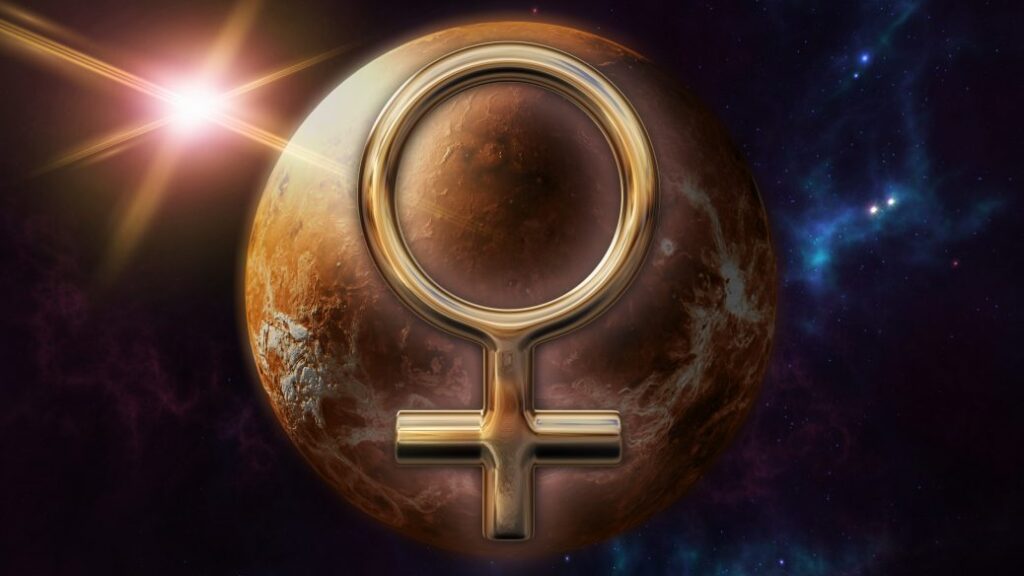 When Venus is placed in a money house, it can cause one to become excessively materialistic. Another danger is that the person may spend more money on Venus-related items than they should. In terms of wealth, the individual is fortunate. The individual will have a family and speak in a sweet and articulate manner.

This position indicates that the person would be rather miserly. The relationship status would greatly depend on the house ownership of Venus.

A favourable Venus in this house indicates a harmonious relationship between the native’s mother and wife. It also denotes the opulence of homes and automobiles. However, if the lord of the fourth house is weak, problems with the mother and illicit relationships may arise.

With Venus in the house of children, you’re more likely to have girls than sons. The person is exceedingly wise if Venus is properly situated and the lord of the house is powerful. On the other hand, doing so would make the person seem pretty uninteresting. A good Venus in the 5th house would provide a good bride and many children to the local.

This Venus has more of an impact on the finances and enemies of the person. There will be a lot of wasteful expenditure. A strong Venus here is not so desirable as it makes more enemies. A weak Venus in the sixth house indicates fewer enemies. The relationship significations will depend on which houses Venus is the lord of.

Venus in the 7th house may exaggerate the significance of the house of partnership’s meanings. It has the potential to develop a deep mental and physical bond in a marriage or relationship. The individual is well-off and eager in forming relationships and collaborations. If there are other contributing variables, this can lead to being over-sexed and having multiple marriages. The individual may be wealthy and attractive.

Venus in the eighth house natives will find that there is difficulty in the houses that Venus rules. However, they will have a devoted spouse and be wealthy.

This is one of the most auspicious houses for a benefic Venus. It will make the person very learned and interested in religion and scriptures. The person will have a good spouse and children.

Venus in the eleventh house is also excellent. It will bring all of Venus’s meanings to the person’s employment.

Venus in the house of gain is very good as it promises the gain and enjoyment of all Venus things. However, any malefic influence could reduce the benefits, suggested by the top astrologer in Kolkata.

Venus in the 12th house will make the person wealthy and fond of sexual pleasures.