According to the famous astrologer in India, Air sign that has been fixed Aquarius, ruled by Uranus, is the zodiac’s flower child, preferring to live by their own, self-written code rather than conforming to what society considers typical or standard. Those born between January 20 and February 18 — or those with other astrological positions in their birth chart — show rebelliousness, quirkiness, a love of community and humanitarian causes, an intuitive comfort with platonic bonds, and a sensible, if often contrarian, attitude on life.

These traits correspond to the themes of Aquarius’ Eleventh House of Networking. The Eleventh House covers groups of all kinds — those you form with friends, colleagues, neighbours, other members of your political party. It also speaks to wishes, destiny, and hope, and the aspirations covered here are often those you’ll achieve through collaboration.

Aquarius is sextile, or two signs apart from Aries, the cardinal fire sign, resulting in a friendly, laid-back relationship. Both are autonomous, free-spirited, and driven to succeed in their own unique ways. However, because Aquarius is more of a people person than Aries, and Aries is frequently more open-minded, they can learn a lot from each other. The Ram will be fast to jump on whatever enormous project the two come up with, while the Water Bearer will make sure it gets done. 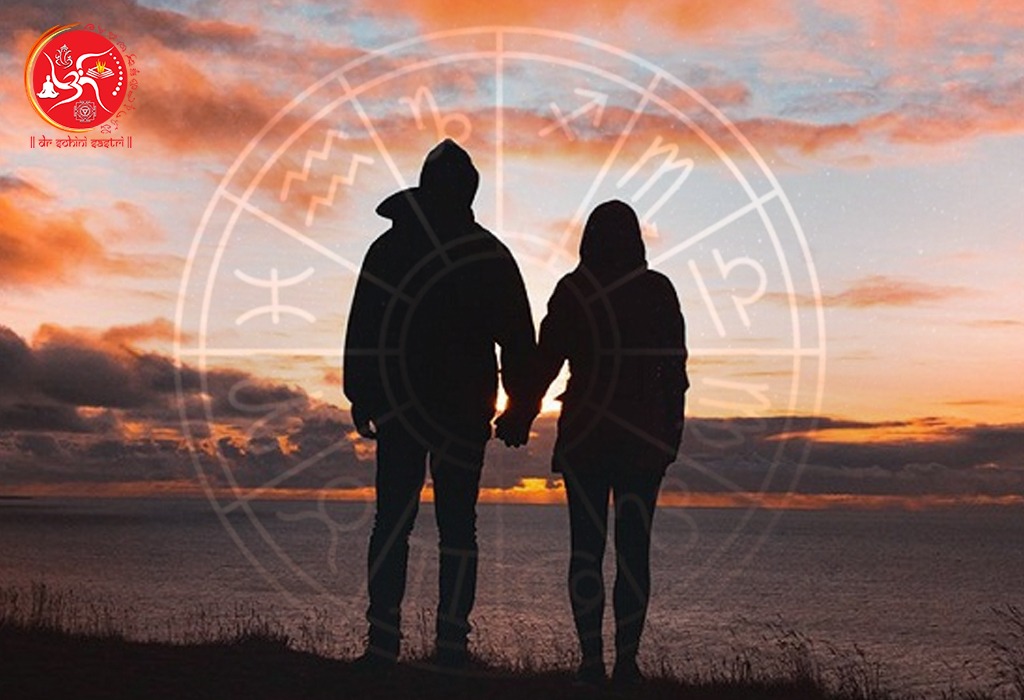 Aquarius is three signs away from earthy Taurus, a fellow fixed sign, which creates a demanding but also energizing dynamic. Both the Water Bearer and the Bull are stubborn and insistent on perceiving the world through their own eyes, which makes it difficult for them to work together. Taurus, ruled by pleasure-seeking Venus, is a bit of a homebody, but Aquarius, controlled by energizing Uranus, prefers to get out and about, surrounded by everyone and everyone. Still, if these two are prepared to consider the other’s point of view, they’ll discover that they can achieve anything they set out to do as a team.

Aquarius is four signs away from Gemini, the mutable air sign. Both are humanitarian, social, and mentally charged, therefore this is one of the most natural combinations you can imagine. Despite their airiness, the Water Bearer is the fixed sign of the air crew, thus they prefer to dig their heels in on their way of seeing the world, whereas Gemini wants to reserve the right to change things up at any time. This breezy couple can stay on the same page by leaning into their natural instincts to be open-minded and accepting of one another’s quirks.

Aquarius and cardinal water sign Cancer are quincunx, or five signs apart, making for an uneasy and unsure pairing. Airy Aquarius, ruled by revolutionary Uranus, is distant, cold, and forward-thinking, favouring rational intellect above emotions, whereas Cancer is unlikely to put aside how they intuitively feel in order to use only their heads. Through the top astrologer in India, The Crab has a soft place for traditions, particularly those tied to family, but the Water Bearer prefers to go it alone – and against the grain. In a perfect world, Aquarius would be able to provide Cancer a break from the norm, while Cancer would be able to show Aquarius the beauty of consistency.

The Lion is also self-centered and desires to be viewed as a thought leader, whereas the Water Bearer, on the other hand, favours eccentricity, despises uniformity, and values community above self. Still, each has something the other lacks, so as long as both partners’ give and take are on point, their relationship may be as well.

Aquarius is quincunx, or five signs apart from Virgo, the mutable earth sign, which is considered an awkward angle. Despite the fact that Aquarius is obsessed with global events and Virgo is completely immersed in the minutiae, the two can find common ground when it comes to their enormous, humanitarian hearts, reasonable thinking, and personability. Aquarius can expose Virgo to a cause or campaign to which they are passionate, and Virgo can devise a step-by-step action plan for achieving genuine results.

Aquarius is trine, or four signs away from Libra, the cardinal air sign, which is considered the “best of the best” harmonic combination. They’ll come across as an influential power couple because they’re both super-social and have a lot of mental energy. At the same time, Libra, controlled by gentle Venus, appreciates old-fashioned romance and traditional styles that may appear monotonous and conventional to eccentric, mainstream-hating Aquarius, ruled by rebellious Uranus. This breezy couple will stay on the same page if they are willing to embrace one another’s passions.

Aquarius is three signs apart from Scorpio, the fixed water sign, and is regarded to be a tense, at worst, and activating, at best, link. Water Bearers are known for being pleasant but distant, forward-thinking but obstinate, and idealistic but irrational. Scorpio can’t help but feel, intuit, and even psychically tap into the shadow side of existence, although they’re designed to engage with the universe in a very academic way. As fixed signals, they may both refuse to change their game plans, resulting in a stalemate. They may, however, teach each other a lot about how to see things from a different perspective.

Aquarius is sextile, or two signs apart from mutable fire sign Sag, resulting in a warm, organic relationship. The Water Bearer values humanity, community, and what’s best for everyone as a whole, which can be a nice compliment to Sag’s love of truth and soaking up knowledge. Both prefer to choose an own, free-spirited path. The only place where they might collide is: Despite its forward-thinking and progressive nature, Aquarius has a black-and-white mentality, digging in their heels when they believe they are correct, whereas Sag is nearly preoccupied with being open-minded. They’ll be unstoppable if they can learn from one another.

Aquarius is a semisextile, or one sign apart from Capricorn, the cardinal earth sign, which causes some confusion. Cap is more focused on taking on the problems they perceive along their own road and keeping to a tried-and-true traditional strategy, whereas Aquarius is all about moving in an unorthodox, free-spirited manner. If Cap is willing to let Aquarius teach them the benefits of going it alone, and Aquarius is willing to learn about perseverance from the Goat, they might be a powerful team.

Two Aquarians will undoubtedly become fast friends, eager to team up to save the world. They’ll feel like best friends even if they’re sexually linked. They’re both most at ease in platonic relationships, where they have plenty of room to breathe, and they’ll have no trouble getting that from one another. Only when one Water Bearer’s reasonable but frequently black-and-white way of thinking differs from the others, causing fixed sign-on-fixed sign conflict, might there be a problem. 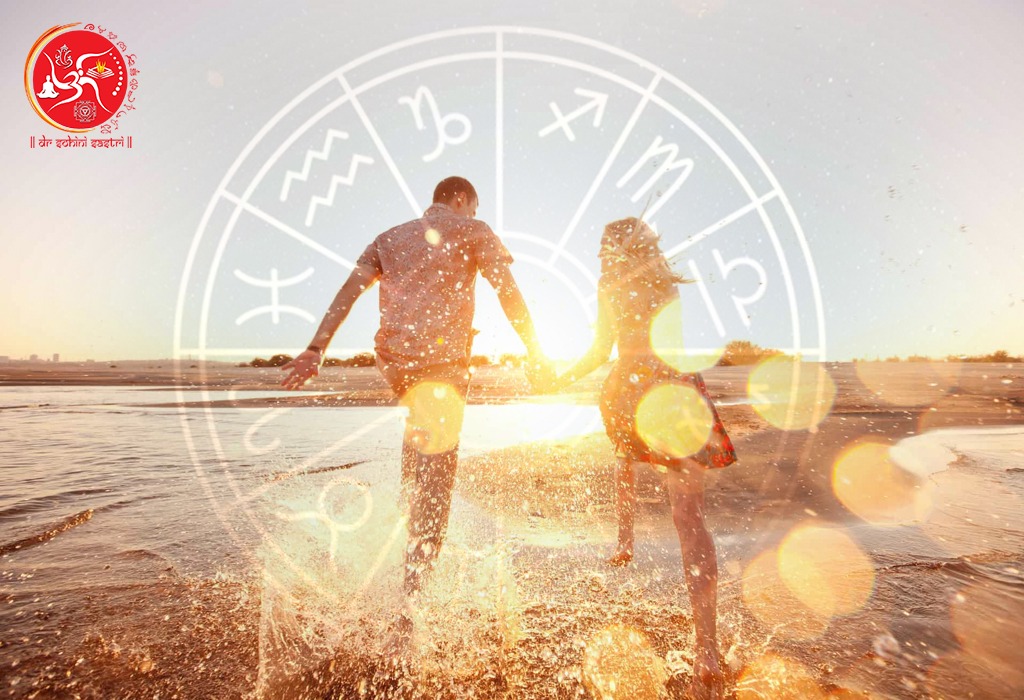 The semi-sextile, or one sign apart, between Aquarius and Pisces, the mutable water sign, causes some unease. Despite the fact that they are both humanitarians and infinitely inventive, the Water Bearer thinks in a scientific, rational manner, whilst the Fish is a dreamer to the core. Aquarius, on the other hand, can learn adaptation from the Fish, and the Fish may learn to be more proactive in achieving their objectives. If these two are prepared to see the world through the eyes of the other, they can turn any wild, artistic vision into something actual.

According to the famous astrologer in Kolkata,Whether you’re feeling confident or nervous right now, keep in mind that no matter how compatible — or not — you and your spouse or possible love match appear to be, sun sign compatibility is only one little component of a greater picture. Looking at your full natal chart will give you the most accurate picture of how you match with a spouse.