HomeBlogbusinessGandanta Point: Is it the Beginning or the End?

Gandanta is a Sanskrit word formed from the Sanskrit words gand, which means bubble, joint, spot, or knot, and anta, which means end, termination, or dividing line. This is taken to indicate the knot at the dividing line in Vedic Astrology by the famous astrologer in India. Between the water and fire signs of the sidereal zodiac, there is a bubble or knot at the dividing line. The reason for the dividing line is that there is a sharp stop and start at these points because there is no Nakshatra to transfer the energy from one sign to the next, thus the transition is not smooth. The zodiac signs of Cancer and Leo, Scorpio and Sagittarius, and Pisces and Aries are where gandanta occurs.

Notice how the Krittika, Uttara Phalguni, and Uttara Ashada Nakshatras each have one pada in fire and three padas on the earth. Notice how the Mrigashira, Chitra, and Shravana Nakshatras have two padas on the ground and two in the air. Notice how the Punarvasu, Vishaka, and Purva Bhadrapada Nakshatras have three padas in the air and one in the sea. These Nakshatras occur on the borders of the signs, making it simpler to move from one to the next. There is no such thing as a Nakshatra that exists in both water and fire signs. As a result, there is a clear dividing line where water finishes and fire begins at these three zodiac junctures, suggested by the famous astrologer in Kolkata.

The Aries – Cancer process of individuation, the Leo – Scorpio process of materialization, and the Sagittarius – Pisces process of spiritualization are all marked by these separating lines. This evolutionary process is crucial to comprehending the Nakshatras. Daksha Prajapati was tasked by Lord Brahma with assisting him in the cosmic development process. To accomplish so, Prajapati married the Moon, who spends a day with each of his 27 daughters as he circuits the zodiac.

Gandanta does not represent all of the water and fire signs. It isn’t even the end Nakshatra of water or the beginning Nakshatra of fire in its entirety. However, there are two schools of thought on how much of the water’s edge and fire signals should be incorporated in the gandanta. According to some, gandanta occurs for a pada at the intersection of these signs – one-fourth of a Nakshatra equivalent to 3°20′ of celestial longitude (zodiacal degrees) on either side. When a planet is positioned at the end of the water signs from 26°40’00” – 29°59’59” (of Cancer, Scorpio, and Pisces) and the beginning of the fire signs from 00°00’00” – 03°19’59”, it is said to be in gandanta (of Aries, Leo & Sagittarius).

Gandanta, no matter which way you define its length, is a very powerful spot at a dividing line of the zodiac. It is like a powerful spiritual bubble where energies are trapped.  As such when planets pass through these gandanta portions of the zodiac, you can see powerful manifestations.  The planets grasp and hold onto the karmas of the sign and indicate how we can get stuck instead of moving forward. We must understand the role this plays in our evolution to release the grasp, pop the bubble, or untie the knot so we can get un-stuck and move forward with our destiny. 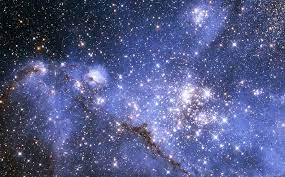 There is a difference between a gandanta planet at the end of a water sign or the beginning of a fire sign. Planets at the end of water have a knot around emotional attachments and there is a resistance to let go and change because we want things to say in some ideal state – even if that ideal state is long past. Planets in gandanta at the end of water can be stuck in a past emotional outlook and have a difficult time releasing the attachment to the past and the emotions that go with it. Planets at the beginning of fire have a knot around inspiration and moving toward a new way of thinking or being. Planets in gandanta at the beginning of fire can be stuck with initiating change and resist getting started. Yet the gandanta planet in water can sense the new beginning in fire even as it hangs onto the past. Likewise, the gandanta planet in fire is aware of the residual energy of the past as it moves forward. So, the distinction is a subtle one. But which side of the dividing line the planet is on gives a hint to unraveling how we are stuck.

It’s worth noting that the end of the water and the beginning of the fire signals are both present in Baaladi Avastha’s baby form. These gandanta spots might be areas where we feel as though we are a child. At the end of the day, we want to hold on to things that make us feel comfortable and secure, but we also want to go on with our inspiration. However, it appears like someone or something outside of ourselves is oppressing us, and this is our justification for being trapped. That oppression is a figment of the imagination. Planets in the gandanta must burst the illusionary bubble, cut through emotional attachments to a previous tale that we believe defines us, and cut through excuses that keep us from going ahead. There is a lot of inner work to be done here to unravel the many strands in the knot. It is a process as each strand exposes itself to our consciousness through our interactions with others and the world. The lessons of a planet are greatest when gandanta, but so are the spiritual and evolutionary rewards by the famous astrologer in India.