Pet Astrology: Are You And Your Pet Compatible?

HomeBlogAstrologyPet Astrology: Are You And Your Pet Compatible?

Pet Astrology: Are You And Your Pet Compatible? 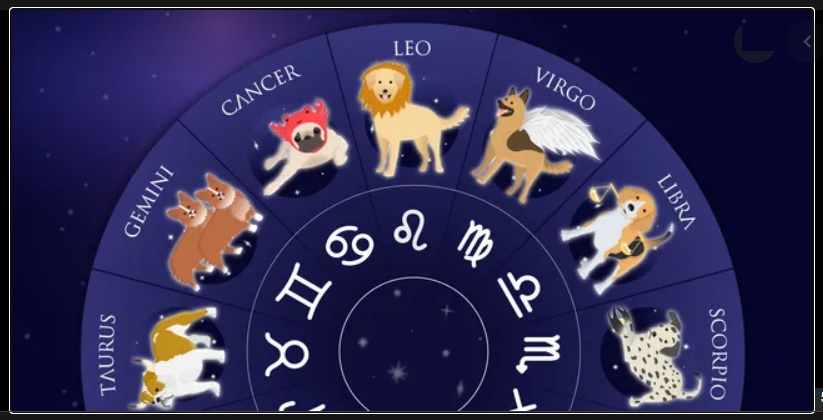 Knowing your zodiac sign can give you insight into your personal characteristics and traits, but did you know it can do the same thing for your pet? Pet astrology can be a fun way to learn about what makes your pet tick, according to the famous astrologer in Kolkata. Find the pet horoscope for your furry friend below.

Aquarian pets are described as eccentric, peculiar, erratic, and weird, to name a few adjectives. If your pet is an Aquarius (an air sign controlled by the planet Uranus), it’s likely to behave strangely. Aquarian pets frequently appear to be adrift in their own worlds. Although other animals may not know what to make of them, they are incredibly independent yet gregarious by nature. Aquarians are incredibly amusing pets, even if they aren’t the most cuddly. 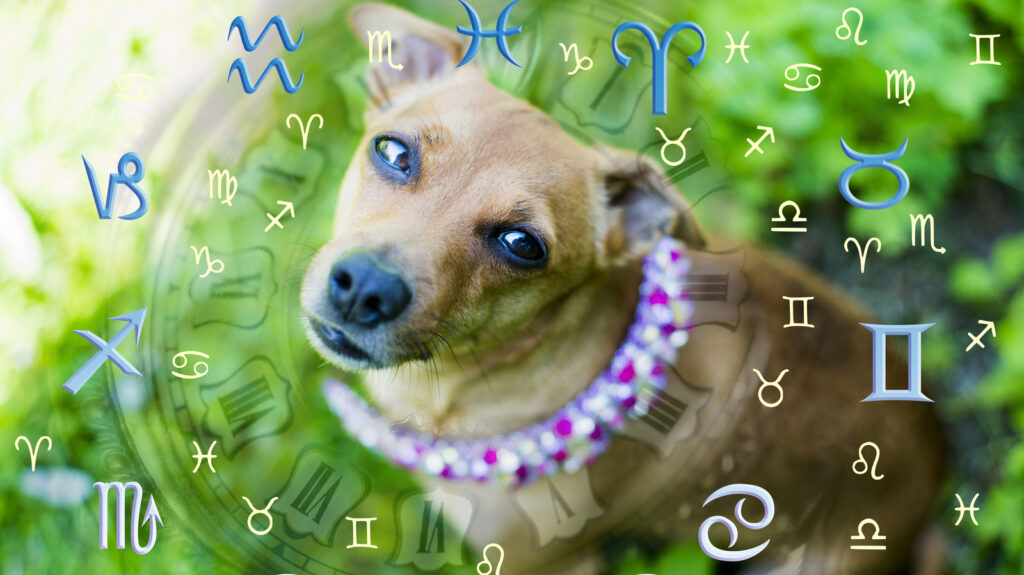 Pisces (a water sign ruled by the planet Neptune) has elements from all eleven zodiac signs. Similarly, a Piscean pet will exhibit traits from a variety of different zodiac signs. As a result, Piscean pets might be perplexing at times. They pacing back and forth around a room, abruptly changing activities, or they follow you around the house. Piscean pets are also quite intuitive and can detect when you’re in a bad mood, so they’ll try to cheer you up. Pisces pets are also the zodiac’s dreamers. Hearing your pet “speak” or seeing it thrash around during a particularly intense dream may be frequent.

Aries the ram is a fire sign that is typically linked with courage, vigour, and impatience in both people and animals — in part because it is controlled by Mars, the Roman god of war. An Aries pet is likely to be self-assured and self-sufficient. That isn’t necessarily a positive thing. Your Aries pet most likely enjoys exploring and considers itself to be the dominant animal in many settings, which can lead to intolerance toward (and clashes with) other animals. This pet is competitive, thus new games, toys, and locations are required to keep it stimulated, suggested by the best astrologer in Kolkata. It also dislikes being confined, so make sure your dog or cat has lots of space to go around in.

Taurus the bull is an earth sign ruled by the planet Venus. According to animal astrology, pets born under this sign are likely to be strong, easy going and compassionate –maybe a bit lazy as well. Forget playing in the backyard; for these pets, it doesn’t get any better than a long nap on a soft bed, a bowl of fresh, meaty food and a nice, long rub-down from their loving owner. The Taurus pet’s kind and docile nature makes it a great companion for children as well.

Gemini is an air sign ruled by the planet Mercury. Pets born under this sign are usually playful, inventive, and want to be noticed. They enjoy bragging about themselves and are superb speakers. You may find that your Gemini cat “responds” to your questions or that your Gemini dog is constantly yapping about something. 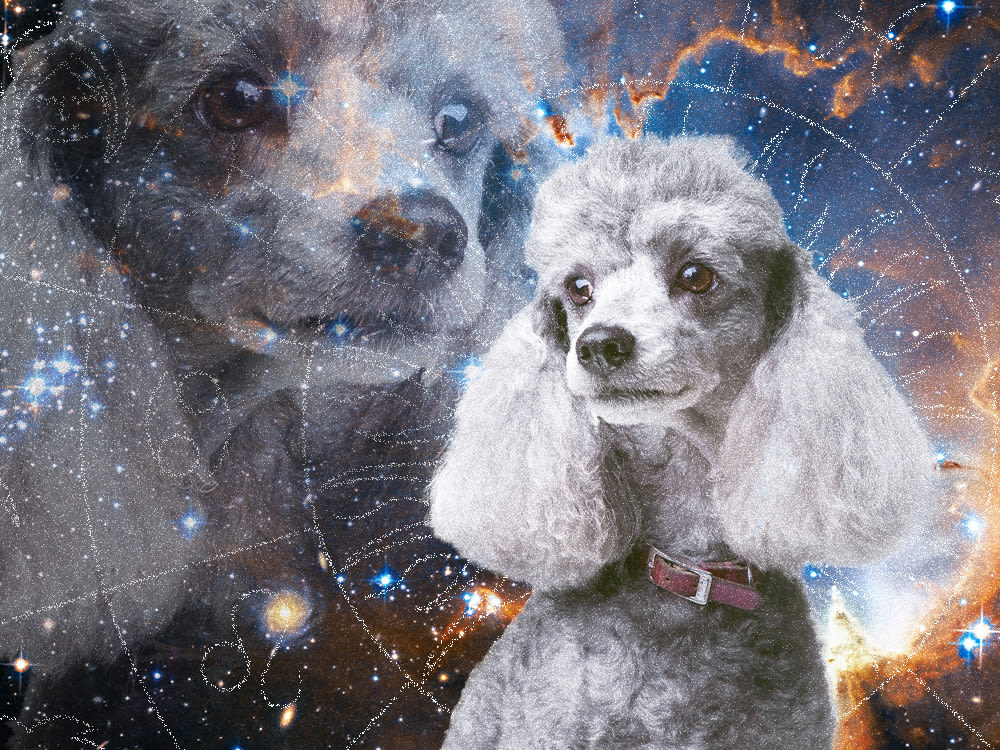 These gregarious beings despise routines and grow irritated when others are unable to keep up with their vigour. Take the time to teach your pet new tricks, activities, and places. It will be likely to catch on quickly thanks to its eager-to-please attitude and excellent intelligence.

Animals born under the sign of Cancer (a water sign ruled by the moon) are sensitive and melancholy. Cancerian pets, according to pet horoscopes, are always in need of attention. They want to feel like they’re a valued member of the family. In fact, your pet can mistakenly believe it is one of your children. As a result, any disruptions in their routine (such as staying at home alone while on vacation or getting locked out late at night) tend to agitate them. They may also require food that is specially prepared for sensitive systems because they are prone to upset stomachs and digestive tracts.

Leo pets are confident, fearless, and a little vain, just like their sign, the lion (a fire sign ruled by the sun). They enjoy being pampered and treated, and they are constantly clamouring for attention. Leo pets are extremely loyal to their owners, as seen by their popularity among other animals and people. Leos can also exhibit less desirable characteristics such as sloth and a diva-like demeanour, according to pet astrology. Many Leo pets, on the other hand, would protect their owners to the death due of their bravery and loyalty.

Pets born under the Virgo zodiac sign (an earth sign controlled by Mercury) are finicky, meticulous, and hard workers. They thrive on routine and order, so make sure their mealtimes and walks are on time. Virgo pets are also the cleanest of all pets, devoting a significant amount of time and effort to their personal grooming practises. These animals require a clean environment in which to live (especially the litter box, if you have a Virgo cat). As long as they stick to a routine, these dogs are relatively low-maintenance.

Libras are social animals, according to animal astrology. Libra is an air sign controlled by Venus, and most Libras are always looking for someone to talk to. They enjoy being around other animals, going on adventures, and getting groomed and primped to look their best. In fact, if your Libra pet feels lonely or excluded, it is likely to become fussy, grumpy, and loud about its dissatisfaction. Libra pets are likewise very sensitive to their owners’ emotions. They can pick up on unpleasant vibes amongst people, especially among family members.

Scorpio, a water sign, is ruled by Pluto. Scorpio pets are a bit of a paradox in that they are both extremely independent and extremely loyal to their owners. It would not be uncommon for a Scorpio cat or dog to wander off on its own for a few days on some sort of solitary adventure; but rest assured that it will always return home, even against seemingly impossible odds. Remember the Homeward Bound movies? A Scorpio pet will travel across county and even cross state lines just to return to its owner.

Sagittarius (a fire sign dominated by the planet Jupiter) is the zodiac sign of freedom, and many Sagittarian pets yearn for it. Pet horoscopes reveal that these animals despise being confined or kept on a leash. They rarely run away, but they enjoy being on their own and in the open air. They also have a limitless source of energy, particularly when they are young, so keep an eye on your Sagittarian pet. 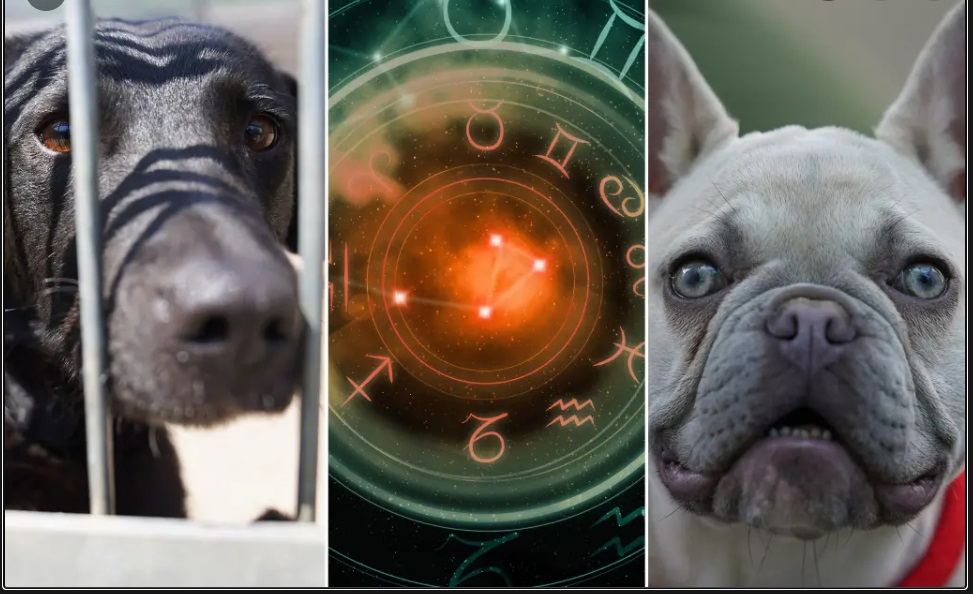 According to the top astrologer in Kolkata, Pets born under the sign of Capricorn are calm, serious, and hardworking. Capricorn, also known as the goat sign, is an earth sign ruled by Saturn. Your Capricorn pet is likely to be slow and tiresome, but if it has a task to complete, it will complete it. Capricorn animals are ideal for persons who lack the stamina or patience to care for a demanding or high-strung pet. They are self-sufficient, steady, and peaceful.