HomeBlogAstrologyVastu in Home Construction – What is The...

According to the famous astrologer in Kolkata,Vastu in home construction uses Vastu Shastra, the Indian science and art of architecture. Many so-called experts have misinterpreted and misused this ancient science, giving it a dubious reputation. However, Vastu in home architecture has very practical applications in your life.

Vastu Shastra is a science that addresses the fundamental elements of nature as well as eight key directions in building design and construction. It also contains guidelines for developing structures that are in tune with natural forces. 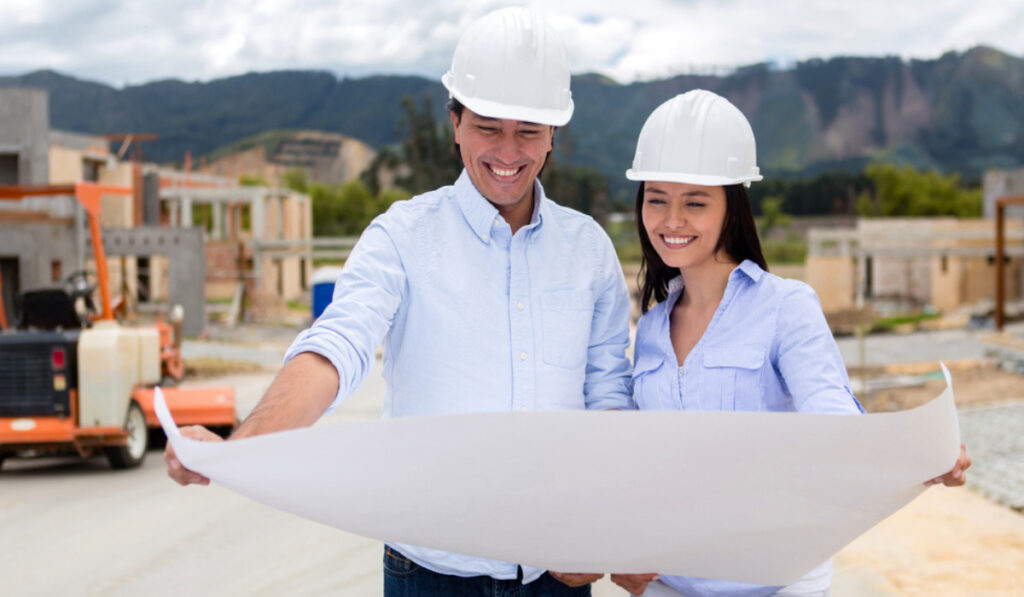 Vastu is derived from the word Vas, which means “to live.” Shastra, on the other hand, is a Sanskrit word that implies “principles,” “rules,” or “knowledge.” As a result, Vastu Shastra is basically the science of home construction. It can also be used in the design of public buildings, temples, roadways, and other structures.

In India, temples and other constructions have been built according to Vastu Shastra since ancient times. This is a 5000-year-old field of study. Many Hindu concepts and beliefs, as well as some Buddhist practises, are incorporated.

The Science of Vastu :

Five basic components of nature — air, water, fire, earth, and space – are given significant importance in Vedic scriptures. Everything in the universe, from stars to live creatures and inanimate objects, is made up of these five basic elements. As a result, they all interact in a variety of ways.

In Hinduism, the five basic elements of nature are:

Everything in the universe is composed of these elements. So, everything is interconnected. As such, large bodies like the sun, moon, stars, etc. have the power to interact with, and influence both, living and non-living entities on earth.

The Relevance of the Panchabhutas :-

This fundamental element has no shape. It’s not visible or tangible, but it’s all around you, not just in the sky. It’s vast and unrestricted. Furthermore, it is the conduit via which all forms of energy are transmitted. It has an impact on your life because of these energy. As a result, this element has the potential to influence your thoughts, creativity, knowledge, and wisdom. In all of these ways, a well-balanced Akasha element in your home can improve your life. 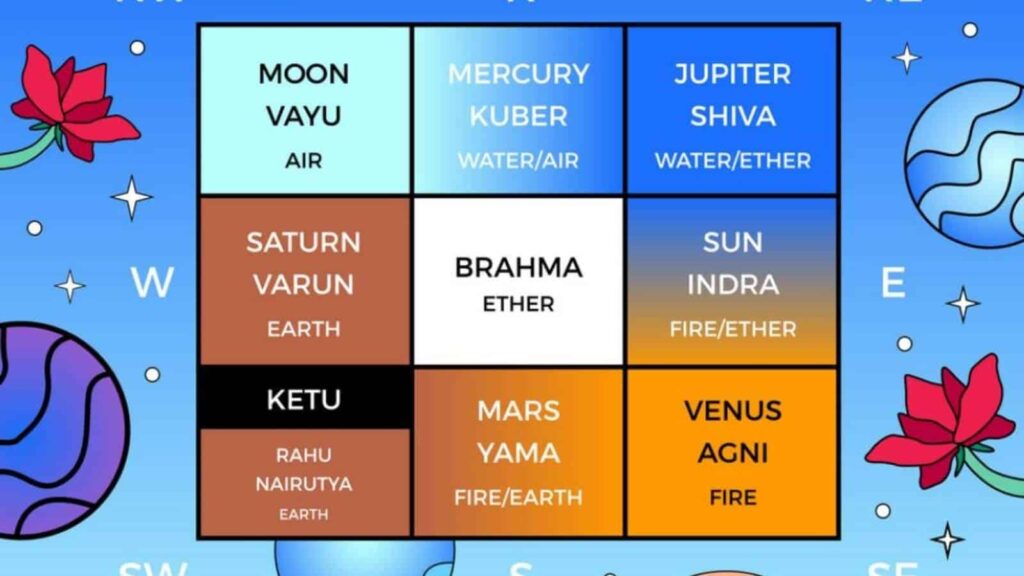 Air is also invisible, but you can feel it. Air gives life. Thus, it’s the life force of Prana. It can permeate big and small spaces. By association, it gives you the courage to explore new things, to take risks, and enhances your inner strength.

A fire has form, and you can also hear and feel it. Heat and light symbolize Agni. Without the sun’s heat and light, life on earth would not be possible. Fire represents passion, confidence, and strength. Fire dominates the Southern direction.

Water is the element that sustains life. It rules the Northern direction. Nothing can live without water. It is essential for growth and development. Water constitutes the major portion of the Earth’s surface. Similarly, it also constitutes a major portion of our bodies.

Bhumi, Prithvi, Earth – whatever you call it! It is our place of residence. It is unique as it sustains life, unlike other known planets. The central part of a house represents the earth in the Vastu of home.

The Significance of The Eight Directions :-

North, South, East, West, North East, North West, South East, and South West are the most important directions for Vastu in home design. Each direction’s governing deity bestows specific special blessings. Apart from that, these directions are based on the location of the sun during the day. This will help you decide where to put certain rooms in your home.

Indra, the King of the Devas rules this particular direction. He bestows wealth, prosperity, and pleasure. East is the direction for a living room, guest bedroom, study, puja room, or a bathroom without a toilet.

Agni, the God of Fire, rules this corner. He bestows passion, perseverance, and success in life. This direction, as the space of Agni, is perfect for your kitchen.

Yama who is the God of Death rules the South. However, he is also the Lord of Dharma, he dispenses justice and eradicates evil. This direction represents wealth, pleasure, and a good harvest. This is a good place for your storeroom or staircase.

This direction is under the rule of Nirutti, a demonic force who also protects you from evil. This deity bestows good character and longevity.

Varuna, the Lord of the Seas and also the bestower of rains rules the direction of the sunset. This is the Water corner. Water also signifies life, freshness, purity, and clarity. So here, you can place a child’s room, study room, or your puja room.

The sun is here between 9 pm to 12 am. Vayu rules this corner. Being the Lord of Winds, he also denotes change

This is the direction the sun is in during the deep hours of the night, between 12 am to 3 am. This direction is ruled by Kubera, the Lord of Wealth. These are the hours of secrecy, under the governance of Kubera. So, you can have your strong room or vault here. It is also a good place for a living room or a dining room.

The sun is here during the auspicious hours of Brahma Muhurta, between 3 am to 6 am, the pre-dawn hours. This direction is called Ishaan, as it is ruled by the Supreme Being or Ishwar.

The Importance of a Vastu Compliant Home:

Vastu in home construction has numerous advantages. It is, in essence, an architectural handbook that advises you on the size, proportion, room location, shape, and dimensions of your home. It’s worth noting that Vastu for a mountainous region may differ from Vastu for a residence in the lowlands, through the eyes of the best astrologer in Kolkata. These distinctions exist so that the elements and natural forces can be used to their full potential. 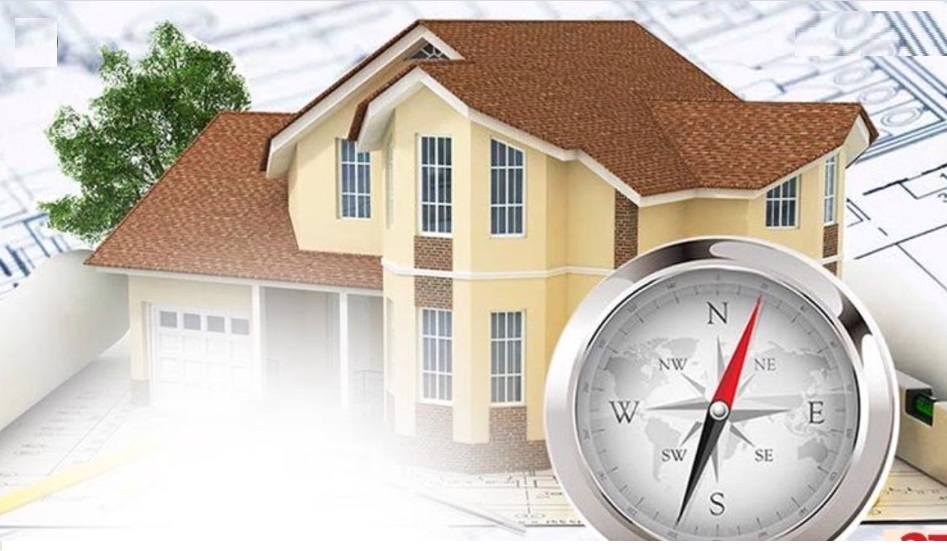