HomeBlogAstrologyWhat Will Happen When the Moon Conjuncts Mercury?

The phenomenon when “Moon Conjunct Mercury” can be very naughty or very nice. At best, the combination of logic and intuition gives great common sense. A lot depends on the house placement, sign and the fixed star these are on because this is a shape-shifting combo. If the chart as a whole has a lunar feel then rapid mood swings and a whimsical thought process will prevail, that given by the famous astrologer in Kolkata.

The subject might find it hard to get to the point, but be very smart at observing the small details of everyday life. If the subject is more of a Mercurial, logical nature, then the Moon will do a great job of adding empathy and soften the tendency to Nerd-out. These people should be clever at spinning a yarn, and Mercury/Moon serves comedians very well, since much comedy is based on truthful observations of everyday human habits and this is governed by the famous astrologer in India. 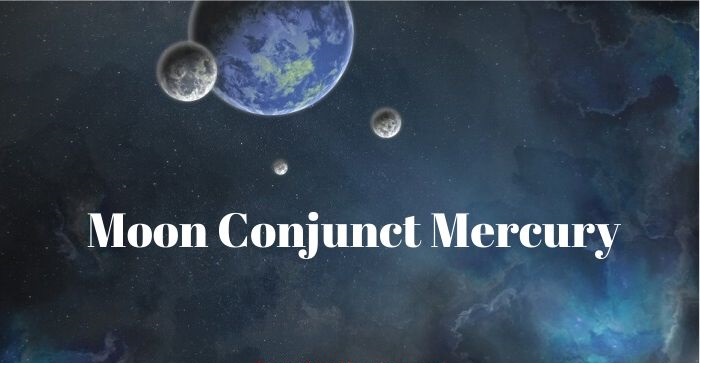 The conjunction can work as a hard aspect and the Moon with Mercury makes for quite an odd fit since the Moon can be quite clingy and nostalgic while Mercury is flighty and ever youthful. What they both share though is the tendency to meander through life and change with the tides. The famous astrologer in India said this might be a person who finds it hard to stick at anything and is given to fads. At worst this person can be a cheat and someone that you couldn’t trust as far as you could throw them.

Muhammad Ali is a great example of the super-planet created by this conjunction. Ali was very vocal in his objection to the Vietnam War; the boxing champion was stripped of his title for draft evasion. Ali had a unique style of boxing for a heavyweight. He did not carry his hands high to protect his face; instead he relied on quicksilver fancy footwork to avoid punches.